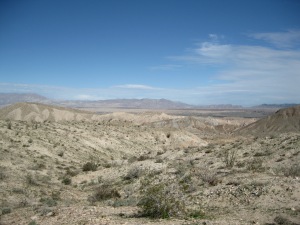 “But his father ordered his servants, Quickly bring the finest robe and put it on him, put a ring on his finger and sandals on his feet. Take the fattened calf and slaughter it. Then let us celebrate with a feast because this son of mine was dead and has come to life again; he was lost and has been found”

Each one of us as pilgrim can also claim to be at some point or points in our lives a prodigal. The degree to which the term prodigal applies varies but most of us have turned away from God, albeit for some only briefly, to attempt to do things our own way. When we turn back, as the Prodigal son in the parable did, we taste and are perhaps surprised by the forgiveness, compassion and love of our Divine Father.

Some of us have harboured a poor image of our Heavenly Father thus limiting the way we experience Him. For some the Father is seen as an authoritarian disciplinarian intent on catching us in our sinfulness and punishing us instead of as the compassionate and loving Father that He “is” who cares for his children. Many of us have struggled to get to know the Father because of this poor image and have further not understood His desire to have an intimate relationship with each of us.

Scripture gives us some compelling images of Our Divine Father. He is “Dad” and we are his adopted children by virtue of our Baptism [Ephesians 1: 4-5]. The Father is generous. He has already given us the first installment of our heavenly inheritance by sealing us with the Holy Spirit [Ephesians 1: 13-14.] to give us a spirit of wisdom and revelation that equips us to know Him [Ephesians 1: 17]. It this same Holy Spirit that enables us, encourages us, advocates for us and convicts us that we may strive with the Spirits’ help to be the “new creation” the Father wills for us by virtue of our status as His adopted children. The Father has enrolled us in His family and as such we experience family traditions such as liturgical and devotional prayer, fasting and family celebrations such as we celebrate at Christmas and Easter and at other times of the year. We are included in God’s Will as we await our heavenly inheritance. The Father’s boundless love is reflected in the wiping away of our sins. We get to experience a clean heart and we have the consolation of knowing that the Father sees and treasures the good in each one of us and celebrates each of us as His beloved creation. He wants us to discover Him and to love Him.

Harbouring the image of our Divine Father as Dad should help us to shed our prodigal leanings as we reinstate or continue our pilgrimage to the Father. He wants each of us to come home to Him and he will go out of His way to invite us home no matter how much or how seriously we have strayed never violating however our free will to accept Him or to reject Him.

A close look at the parable of the Prodigal Son [Luke 15: 11-32] reveals to us how Jesus viewed his Father. As the parable reveals, the younger son is tired of the rules and thinks that he can abandon his Father’s love and experience something better. He therefore embarks on a path of licentious living and squanders his inheritance while the dutiful older brother remains with the Father. When the younger son comes to his senses he is ashamed but also between a rock and a hard place as he has no money left and is starving. He concludes that his status as his Father’s son and his right to his inheritance has evaporated because of his foolish actions but nevertheless concludes that his Father will engage him as a servant and pay him which would solve the starvation issue. The Father however welcomes his wayward son back with open arms and lavishes on him gifts and forgives him unconditionally. This upsets the older brother who has the impression that each of the sons had the duty to “earn” their inheritance. He also sees the Father as “boss” and not “dad” and was therefore upset by his Father’s generosity. The Father listened patiently to his older son’s “vent” and then reassured him that his inheritance was intact and that His unconditional love enveloped both sons.

Jesus wants us to have a healthy and “relationship” based image of our Heavenly Father. During our time on earth we will never fully comprehend the immensity of the love and compassion that our “Dad” showers on us. My own developing image of the Father’s love and its intensity was experiential and came out of a time I spent seriously ill and in hospital in 2009 at times close to death. While I can’t adequately describe in words the enormity of the love that I felt, I can say that it carried me through a very difficult time and gave me a markedly different image of the Father of all of us.

One thought on “Pilgrims and Prodigals”