Today offered another memorable homily at St John Neumann parish in Yuma Arizona. Fr. John Friel was responding to the tragic shooting in Florida that took the lives of at least 17 people, most of them students. The delivery in this post is somewhat different as Fr. Friel took his time to talk about “gun control”, a hot button issue in the States. In Canada, for the most part, we have that under control. He talked about sin however and much of what he had to say really resonated with me. 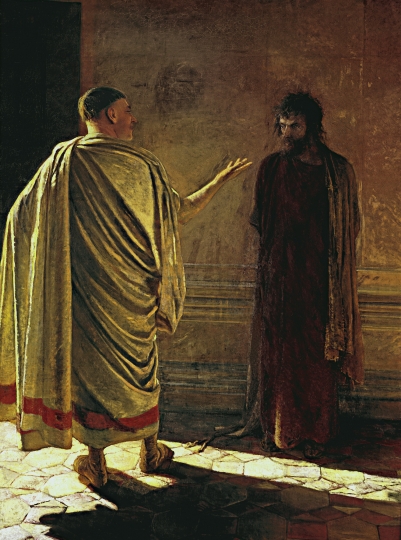 He started his homily by saying that “abortion” ushered in the “culture of death” that permeates our culture today. That is true as much in Canada as it is in the States. To put that in perspective, he took us back to the Garden of Eden and the sin of pride committed by our first parents. Adam and Eve looked at the tree and the fruit they had been told by God they could not consume and, egged on by the ancient serpent, exercised their will to learn more about good and evil by eating of the fruit. They determined that it was good for them to take this step and in doing so embraced evil. Sin had arrived. We see it escalate into murder in the account of Cain and Abel recounted in Chapter 4 of Genesis. Cain considered it “good” for him to rid himself of his troublesome brother. In Chapter 11 of Genesis, man strives to justify himself by emulating his Creator in the effort to construct the Tower of Babel that would connect them, they thought, to the heavens. They succeeded only in creating division and strife, products of their sinful behavior.

Just prior to His crucifixion, Jesus had a memorable exchange with Pilate about “truth”. He informed Pilate “I came into the world for this, to bear witness to the truth and all who are on the side of truth listen to my voice”. Pilate simply replied “Truth – What is that? Do you hear echoes of that in the babel that we hear from secularists today who in response to the evil of abortion deny that it is an evil or try to diminish its effect on society by suggesting that it is a “complicated issue”? If it’s complicated, it’s complicated because people don’t want to face the truth. They’d rather do what Pilate did and wash their hands of it.

We all are susceptible to the hand washing business when we decide that the truth doesn’t apply to us. In arriving at the truth however we must distinguish between our “will” and our “mind”. The “will” looks at what we perceive is “good for me” and thus desirable. The “mind” however in analyzing the morality of a decision allows for the effect a choice has on others, including God. We intrinsically know what is morally right and what isn’t. Unfortunately, what is “good” for me without answering the question “is it good for others” leads us to decisions that are sinful as against the moral law and these decisions fly in the face of truth.

Fr. John often opens his homilies with the comment that “it’s a sad and sinful world”. Each one of us however is given the opportunity to stand up for “truth” and to demonstrate to those around us that Jesus really did come to give witness to the truth and that the truth, as inconvenient as it may seem to be at times, is a vehicle through which we approach our life as Christians. The scandal offered by so called Christian politicians who submerge the truth or compromise it in the interest of their own political welfare is all too prevalent in modern times. We resist this tide of opportunism when we take every opportunity to stand firm and declare our allegiance to Christ.

We have battles to fight on many fronts these days in Canada as we contemplate the decisions of policy makers who are determined to impose on Christians values that reflect the secular world view. We need only look to issues around euthanasia and gender, gay marriage, purported legislative or regulatory requirements on those in the health care field and it goes on and on. We have Mr. Trudeau deciding what values a member of his liberal party must espouse before they are welcome in the party. We now have the Canadian Youth employment program politicized to require the embracing of certain controversial values in order to have an application successfully vetted. Hang on to your hats people. It’s likely to get worse before it gets better.

On thing is certain. We need to evangelize and bring our family, friends, acquaintances, co-workers and others, with whom we have built a bridge of trust, to Jesus, who is the Truth. May God’s grace continue to be showered on each of us as we continue to aspire to authentic Christian lives.

One thought on “WHAT IS TRUTH?”